NB: To help you browse our best suggestions we have included some third party links. Some purchases made through these links may earn us a commission to help keep our blogs and offers current and up to date. Thanks for your support!

Congratulations! You’ve reached your ruby wedding anniversary. This is big milestone for many couples and definitely something to be proud of! These classic and elegant ruby earrings would look stunning with any outfit and would really make a gorgeous ruby anniversary gift. 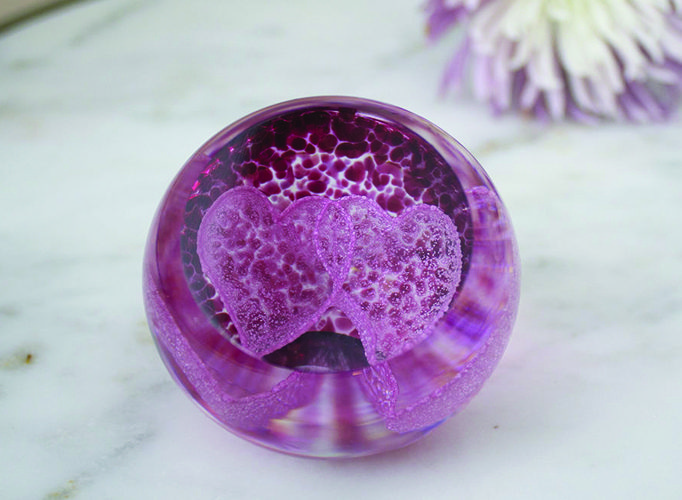 If you’re looking for something a little different, then this gorgeous ruby paperweight is perfect. It features two entwined ruby hearts that symbolise love and unity, which is ideal for a 40th wedding anniversary gift. 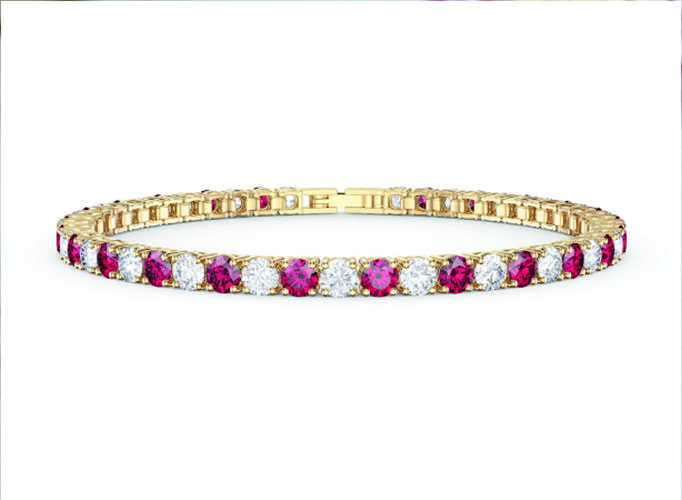 Everyone loves jewellery as a gift, so this delicate ruby bracelet would be a very welcome anniversary gift. This sterling silver bracelet features rubies and sapphires. 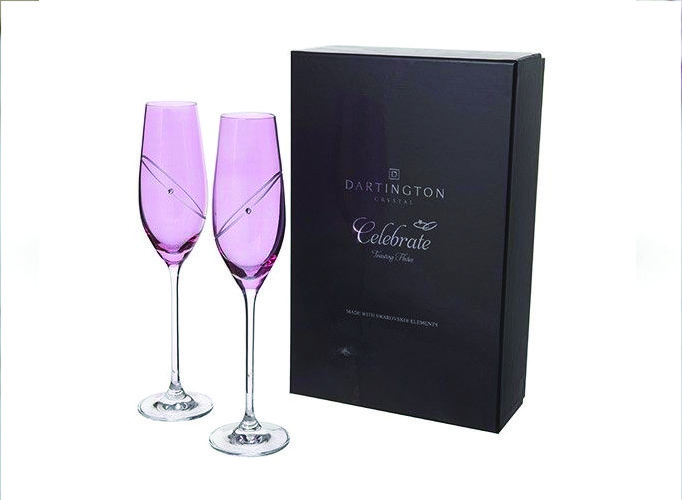 These ruby champagne flutes are a gorgeous 40th anniversary gift and something that will be used regularly. They have a ruby pink finish and are embellished with a single Swarovski crystal. If you’re looking for something a little different then this ruby tiger gin is ideal, and is a pink-tiger variant of the Tiger Gin recipe, perfect for cocktails. 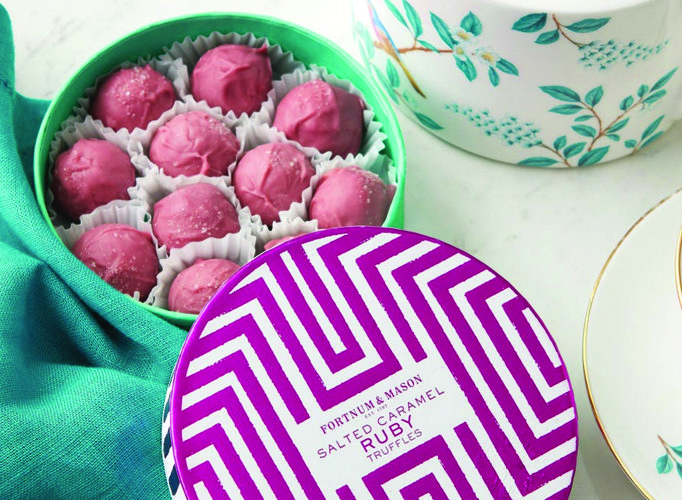 These delicious ruby truffles are crafted in England and combine fruity and sharp ruby chocolate with a sweet yet salty caramel. They will make an ideal gift for a fortieth wedding anniversary. 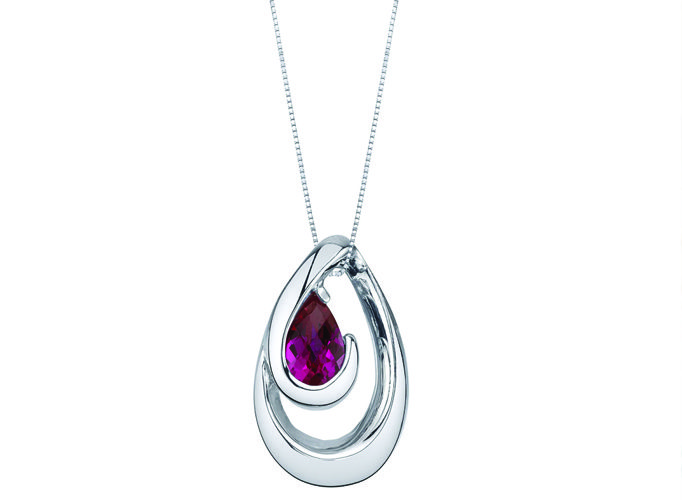 This pendant necklace features a sterling silver wave with a ruby inside. If you’re looking for something a little different then this ruby sundial would be a great gift, and is something that can be kept and used for years to come. This beautiful handmade frame can be personalised so you can add the names of whoever’s anniversary it is inside. This features a gorgeous heart design in the middle and is a really lovely personalised 40th anniversary gift. 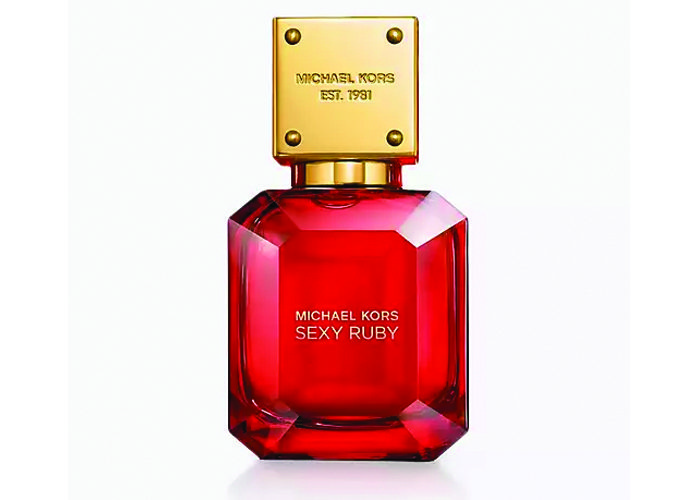 Michael Kors Sexy Ruby is a modern scent that sparkles with sensuality. The temptation of juicy raspberry gleams like a fiery ruby with the striking display of lush florals, the perfect gift! This gorgeous vase features a beautiful engraved ruby leaf design and has been hand decorated. This is a great 40th anniversary gift and just as an idea, it could be given with some beautiful seasonal flowers as well. 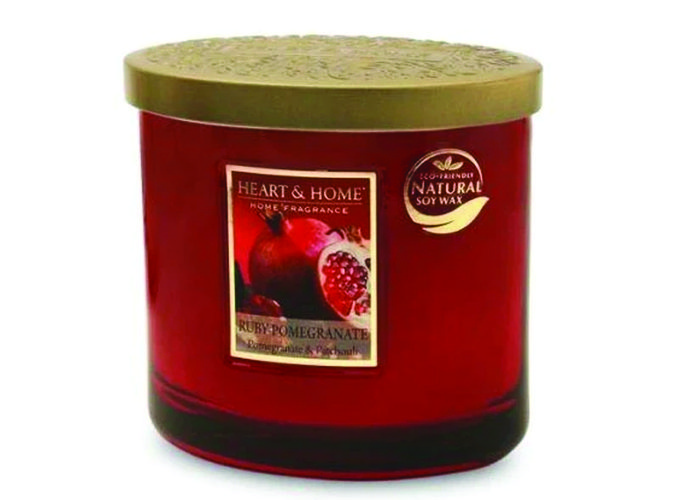 This twin wick candle features fragrant florals warmed with rich cedarwood which will create a gorgeous scent to fill any room. This is a lovely additional anniversary gift and something that lots of people will love. Finding a ruby anniversary gift for him can be difficult, but these ruby red cufflinks are a great choice and will look amazing with any outfit, whether its work or a social occasion. This is a great little extra gift that you can get to decorate your main anniversary gifts with and features ‘Happy 40th Wedding Anniversary’ text on a red background. This cushion can be personalised and will make a really lovely, thoughtful anniversary gift idea. You could add your own personalisation as well to make it a really unique and lovely gift idea. This is a unique, handmade gift which has been made using garnet and red jasper with wire. This is a great gift for anyone who loves gemstones or crystals and will make a lovely centrepiece in a lounge or dining area. This elegant paper-cutting can be personalised with the your details and can be used as a wall hanging or why not add some string and have it as a window hanging? These are hand cut, making it a really beautiful, unique gift.

20. Wedding Anniversary Book Fold, £20 from All That’s Hand Made Uk 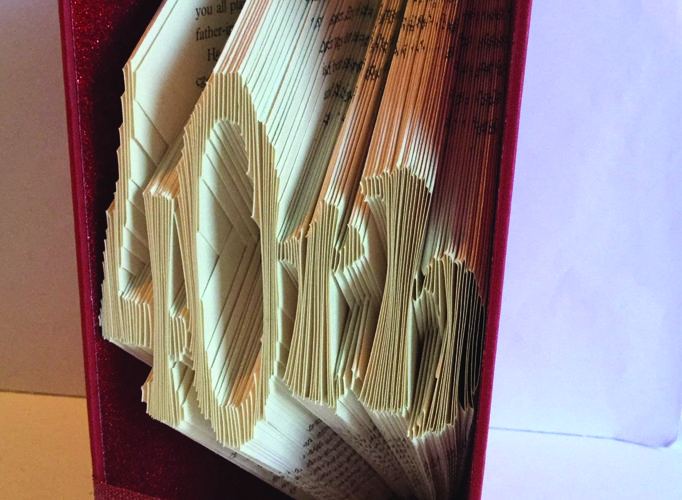 This beautiful handmade gift is perfect if you’re looking for an additional, smaller anniversary gift. All these items are handmade using pre-loved and recycled books, so you will also be giving a sustainable and ethical gift!

Carrie is a Marketing and Events specialist with over ten years’ experience working in the wedding industry, creating marketing strategies and coordinating events for a range of venues. She is also a professional pianist and plays piano for weddings, private events, in fine dining restaurants, and has played in many luxury venues around the UK. She has a love of…