What is a Wedding Celebrant?

Want a wedding ceremony that is completely unique and reflects your relationship, personalities and beliefs? Here’s everything you need to know about wedding celebrants…

Choosing who will actually marry you on your wedding day is a big deal. After all, every time you reminisce about the ceremony, which will be, without a doubt, one of the most emotional and incredible moments of the entire day, you’ll picture the person who pronounced you a married couple for the first time.

You’ll know that priests, vicars, registrars, celebrants and humanists all conduct wedding ceremonies, but until you find yourself with a sparkler on your finger and knee-deep in the world of wedding planning, you probably won’t have considered what the differences between these different roles at a wedding actually is.

Some couples have very close ties to their church and so instinctively know that they want to get married by their local priest or vicar. If that isn’t you though, a registrar in a venue with a ceremony license isn’t your only other option. In fact, if you open up your imagination to the ceremony of your wildest dreams – on a deserted beach, in the middle of a forest glade or up a mountain – it can be possible if you choose a celebrant instead. Celebrants are an amazing option to consider if you want a really unique and unusual big day.

Here are the answers to all your burning questions about celebrants, including whether they’re legally binding and what your celebration can include.

What is a wedding celebrant?

The official description of a celebrant according to the United Kingdom Society of Celebrants is: “A person who performs or officiates ceremonies, and whilst commonly seen at weddings they can also conduct other ceremonies like vow renewals, baby namings, funerals, interments and memorials.” A wedding celebrant leads completely unique and personal weddings, with no set script or wordings, so it can be tailored to your exact desires. A celebrant will often be experienced at writing personalised ceremony scripts, too. 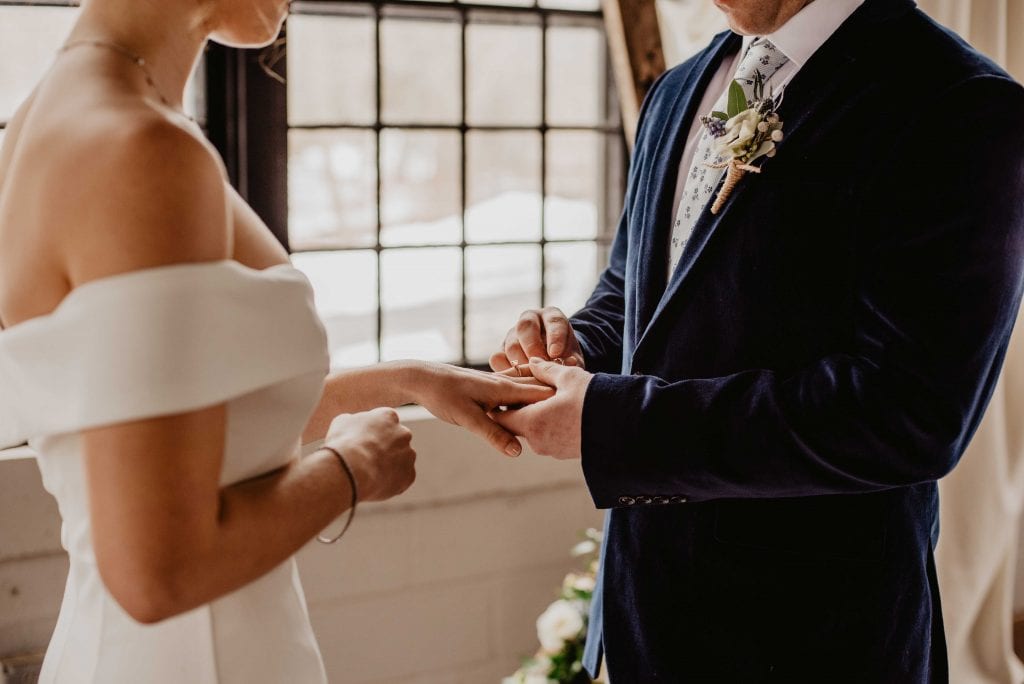 “The biggest difference between a celebrant and other officiants is flexibility,” says civil celebrant Christina Snell. “With a celebrant a couple has the freedom to hold their ceremony wherever and whenever they want. On a beach, on hillside, in the evening, or at dawn. Personalisation is the other main difference. Celebrants offer a more personalised service and can include things in the ceremony that are particular to the couple. There are no templates! A couple can include anything they want. Most of my ceremonies include some sort of unusual and special ritual like hand fasting, a sand ceremony, ring warming or a candle lighting ritual. Some couples have an idea of their own for a ritual that can be included too.”

What’s the difference between a celebrant and priest/ vicar?

Celebrants have no religious links or affiliations, unlike a vicar or priest, who will be bound by the doctrine of their specific religion. If a celebration is carried out by a member of the clergy it will include religious wording that can’t be changed or personalised and will also contain hymns and prayers. Members of the clergy are more restricted by where they can lead a ceremony too, many being restricted to their individual churches or places of worship.

What’s the difference between a registrar and a celebrant?

A ceremony carried out by a registrar is the most common type of non-religious ceremony, but registrars are still bound by statutory words that have to be included to make the ceremony legal.  Plus, you cannot include any religious or spiritual terminology, readings or music in the ceremony. Registrars can only marry a couple in a licensed wedding venue too. 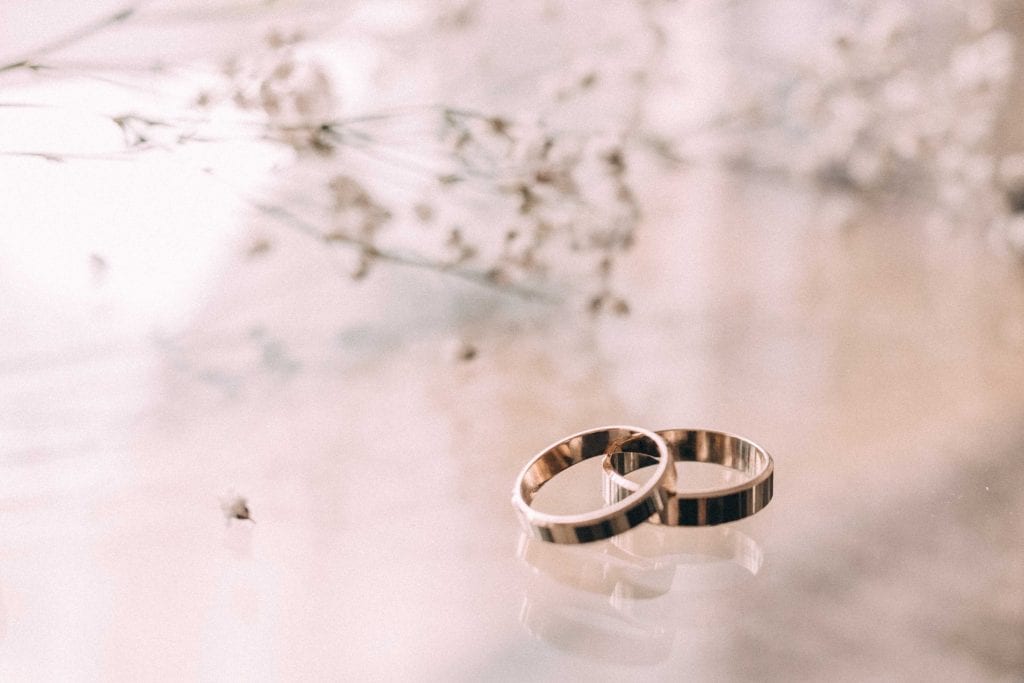 What’s the difference between a humanist and a civil/ independent celebrant?

Like registrars and civil celebrants, humanists are secular rather than religious. Both can lead a ceremony in any location, and can personalise a wedding ceremony script to make it unique to the couple. The only difference is that humanism is a belief in itself and humanists believe in science as an answer to how we were created. So, a humanist celebration won’t normally include any religious elements (although it does depend on the individual celebrant), whereas a civil celebrant is independent and can decide what they think is appropriate to include in a ceremony whether it be religious or not. A civil celebrant will usually embrace anything from religion to wedding traditions that are important to you.

Is a wedding ceremony by a celebrant legally binding?

A ceremony led by a celebrant is not currently legal everywhere in the UK and overseas. In the UK, a humanist or celebrant-led wedding isn’t legally recognised in England and Wales, but it is in Scotland. So you’d also have to give notice at your local register office and have a civil partnership or civil ceremony before (or after if you prefer) your big day. Lots of couples chose to invite their very closest family or friends to this legal “admin” ceremony (often to act as witnesses) a few days before the main event, and being officially married before the big day doesn’t make their celebrant-led ceremony feel any less real or special. “A few years back, couples were put off by the fact that celebrant-led weddings aren’t legally recognised, but they are increasing in popularity as more people get the idea about how personalised and special they can be,” says Christina. “Plus, the government is reviewing the rules around wedding legalities, so this might change in the future.”

If you’re looking at a destination wedding, you can legally be married by a humanist celebrant in the USA, Canada, Australia, South Africa, Northern Ireland, Iceland, Jersey and the Republic of Ireland.

What can I include in a ceremony led by a celebrant?

Anything you like, as long as the celebrant is on board with it! This is the beauty of choosing a celebrant – there are no set traditions or scripts that you have to stick to. Don’t want to exchange rings? Well, you don’t have to. Exchange something special to you instead. Don’t want to say “I do”? You can think of some other more personal wedding vows if you prefer. If you want children and pets involved, that’s fine. If you want to include a candle, water, ring warming or other symbolic ceremony, then go for it. From music and words to location and decor, you can personalise your ceremony exactly as you’ve always dreamed.

“It really is about anything goes, and about creating a ceremony that has meaning for them as a couple rather than someone imposing a set format on the couple,” says Christina. “The location of a celebrant-led ceremony is flexible too, and you can get married anywhere as long as you’re not trespassing! Most of the ceremonies I do are outside, amongst nature, sometimes in people’s gardens.”

“I led a wedding at Manor By The Lake recently and the couple were adamant they were going to get married outdoors and of course on the day it was tipping down, but we managed to find a huge oak tree and squeeze everyone round it at the last minute. The bride came down the aisle to Darth Vader’s Theme music, and when she got level with her groom said: ‘I am your father!’, says Christina. “I also know of a celebrant who was asked to conduct a fully naked ceremony with the couple, himself and all the guests naked! What this story proves is that anything goes – whatever has meaning for the couple can be included in celebrant-led wedding.” 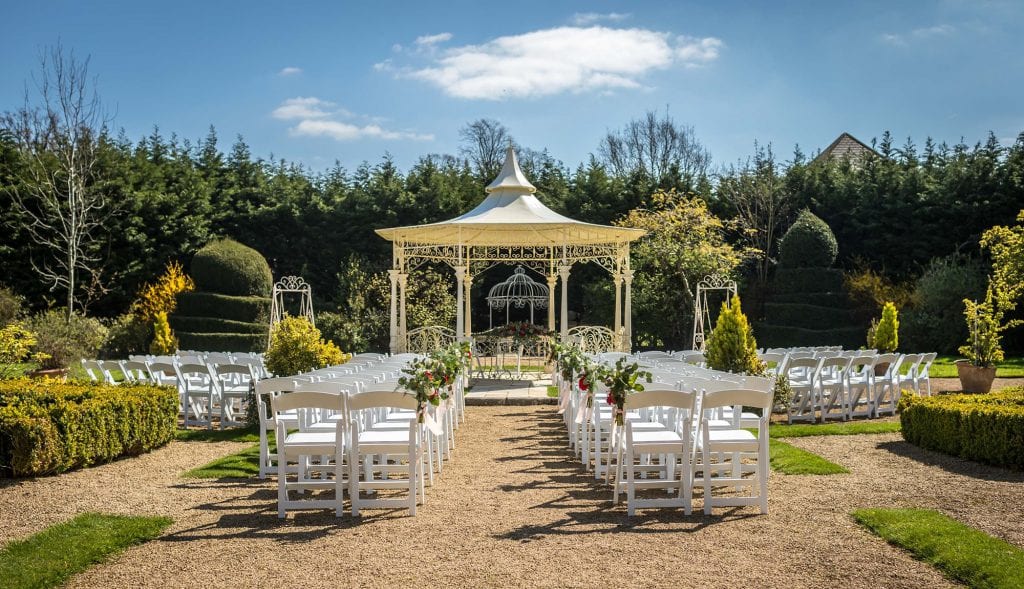 Manor By The Lake

How do I find a wedding celebrant?

There are plenty of places to find a local celebrant. If you’ve already chosen your venue (and it’s not just the middle of a field!) you can ask the venue owner if they have any suggestions for local celebrants who have led ceremonies there before. Otherwise, like pretty much everything in life, you can find a celebrant online! For Better For Worse have a brilliant list of suggested celebrants here and you can also visit ukcelebrants.org.uk, humanism.org.uk, and thecelebrantdirectory.com.

Make sure to meet up with your chosen celebrant before your big day, as then you can create a rapport and relationship with them and discuss exactly what you are hoping to include and the vibe you want to create at your ceremony. “I always try and meet couples face-to-face, unless of course they’re based overseas and then it would be online,” says Christina. “Some couples like to meet me before they book as it’s important to make sure there’s a vibe and good chemistry with the celebrant who you want to lead your wedding.”

Why do couples choose a celebrant over the other options?

Couples who aren’t religious or who have different religions are often attracted to the idea of a celebrant, as it allows them to incorporate their own beliefs and merge ideas and traditions rather than one or both sides of the couple feeling uncomfortable in a ceremony that doesn’t reflect their beliefs. A lot of couples are also keen on celebrants due to the freedom it gives them to get married wherever they like, indoors or outdoors, or somewhere completely unique to them.

Celebrant-led weddings have seen a massive increase in popularity recently, with couples realising how much more personalised their ceremony can be, and how it can completely reflect their love for one another, in a way that a religious or civil ceremony may not be able to.