Discreetly hidden down a long leafy drive in 75 acres of parkland just off the A12 between Chelmsford and Colchester, Prested Hall has won several awards and accolades, including “Boutique Wedding Venue of The Year” at the Essex Wedding Awards in 2013.

There’s something truly romantic about this part-moated 15th century manor house and its mature trees, tranquil setting, and bridge leading over the moat into the fields beyond. The little gazebo at the end of the bridge offers the perfect backdrop for memorable wedding photos.

Wedding couples have exclusive use of The Hall with its 16 lovely bedrooms so they can stay overnight with up to 33 of their friends and family. The handsome reception areas include The Oak Room (an 18th century room with a magnificent fireplace and stained glass windows), The Garden Room (a 1930s’ former ballroom), the elegant large Orangery overlooking the moat, and a marquee in summer. All three rooms are licensed for civil ceremonies as well as The Gazebo outside. The Dingle, a former chapel, is a luxurious bridal suite for couples preferring to stay just a stroll away from The Hall.

Prested Hall is known for its caring staff, great food and relaxed atmosphere. Once the partying is over, Prested couples can retire for the night and join their house guests for a leisurely breakfast the next morning before driving off under the trees to their new life together. 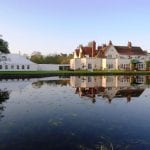 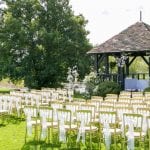 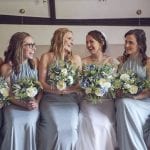 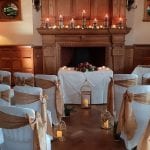 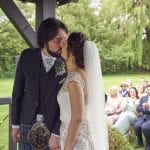 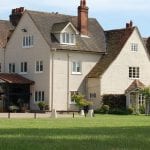 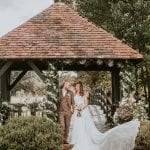 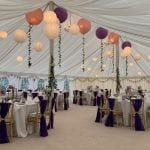 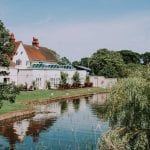 I got married last Friday 11th October at Prested Hall and what an incredible day it was. As soon as my partner proposed I knew it was where I would…

We had our wedding here in Feb 2020. The house is beautiful inside & out and you get a sense of warmth as you enter. The staff are amazing, completely…

Well what can I say, Prested Hall is an absolutely stunning venue. We had our vow renewal here and couldn’t fault anything at all. Gemma Jouques our wedding planner was…

We held our wedding reception at Prested Hall and it was amazing. Gemma Jouques (events manager), Karen Hull (hall manager) and their team were brilliant to work with – from…

There is a reason why everyone is raving about Prested Hall – because it is THE venue for weddings! We held our wedding reception at the Hall and it was…

We got married here on 20 July, the day was absolutely perfect!! Thank you so so much for everything. Emily was amazing, as were all the staff. Everyone kept saying…

My wife & I got married at Prested Hall on 25/07/15. The venue is amazing; from arrival to departure everything was perfect with our event manager Kathryn ensuring it run…

Is your venue licensed for ceremonies inside and outside?
Yes we are licensed for both indoor and outdoor ceremonies!
Is there an exclusive use option?
Yes there is an exclusive use option.
How many people can you accommodate for dining?
Up to 160 guests.
Are there bedrooms for overnight accommodation?
Yes there are bedrooms for overnight accommodation.